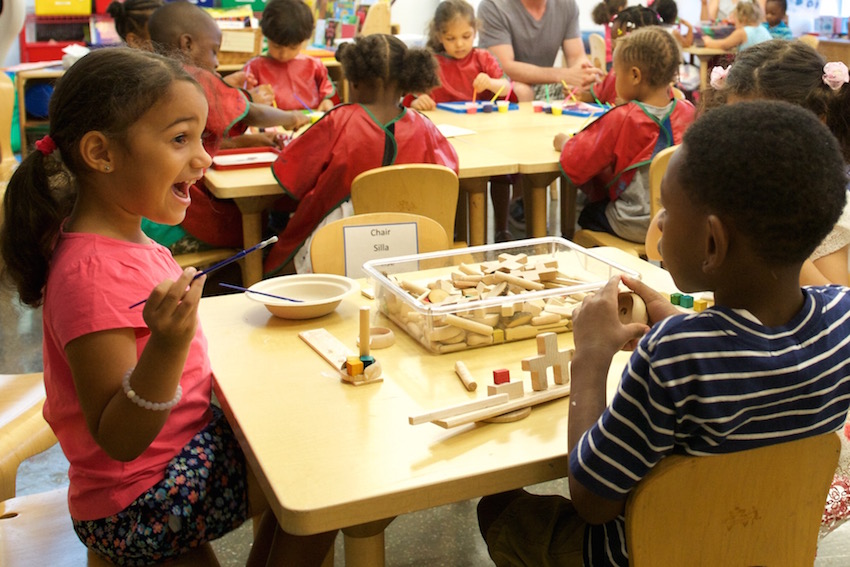 Borough of Manhattan Community College (BMCC/CUNY) offers 47 associate degree programs, all designed to prepare students for rapidly growing careers and industries. The latest of these, Children and Youth Studies, is set to start in Fall 2018.

“This Associate in Arts program will serve students who envision themselves becoming a child psychologist, pediatric nurse, youth counselor or in another related field,” says Professor of English Chamutal Noimann, who is coordinating the program through the BMCC English Department with fellow English Professor Julie Cassidy.

“Graduates will have completed interdisciplinary courses in child psychology, children’s literature, anthropology and other areas that speak to the welfare and culture of youth,” Noimann says. “They will have a crystallized and inclusive perspective on children, from birth to adolescence, and be on track to earn a Bachelor of Arts in Children and Youth Studies, through BMCC’s articulation agreement with Brooklyn College.”

In addition, she says, The Graduate Center, CUNY has just inaugurated a Master of Arts program in Children and Youth Studies, which creates a unique opportunity for BMCC students to continue their studies on the graduate level—all within the CUNY system.

“Each new degree program at BMCC reflects our mission as a college to provide majors in support of the career goals and higher education aspirations of our students,” says Erwin Wong, BMCC Dean of Academic Programs and Instruction.

The college conducted an internal survey, he says, that showed about 64 percent of the students surveyed, would be interested in a Children and Youth Studies Program.

“We expect to enroll about 35 students in the first year of the program,” Dean Wong says. “With an expected influx of 30 to 50 students per year, we hope to have served about 250 students with this program by the time it reaches its fifth year.”

According to Professor Toimann, the field of children’s studies is not only attractive to students, but is attracting scholars and professors who are expanding their focus on children’s literature to this broader, more interdisciplinary lens.

“Children’s Studies is the epicenter of a movement to look at children’s experience and what it says about the larger culture,” she says.

Professor Noimann, who led the development of the Children and Youth Studies program at BMCC, has devoted much of her scholarly work to examining the literature and culture of children.

A recipient of the BMCC Distinguished Teacher Award in 2016, Noimann earned a PSC-CUNY 44 Research Award for her project, Steampunk Kim: The Victorian Cosmopolitan Child in Phillip Reeve’s Larklight, as well as a Hannah Beiter Student Research Grant from the Children’s Literature Association.

“My commitment to children’s studies started as an undergraduate,” she says, “when I realized that conversations about works of literature often neglected children as a topic. For example, in my Greek mythology class, we learned nothing about the lives of children in classical Greece and Rome as they appear in the literature.”

Once she was a professor herself, and teaching at BMCC, “What brought me back to the significance of children’s studies was something happening a lot in my classroom,” she says. “When we discuss children’s literature from the 17th to early 20th centuries, we talk about child-rearing philosophies, as well as sociological theories, historical influences, educational philosophies—and by the end of the semester, I will have at least one or two students come to me and say, ‘Since taking this class, I have not laid a finger on my child’. Raising awareness and the prevention of child abuse through my classes has become a passion.”

This also leads the class to conversations, she says, about culture, ethics, psychology and what it means to ‘control’ children—a discussion grounded in the literature.

“When we read Alice’s Adventures in Wonderland,” she says, “in the chapter where the duchess abuses her baby till it turns into a pig, the students make inferences on what the author is saying about the way people treat their children. Through writers and social critics such as John Locke, William Blake and John Ruskin, they’re able to think critically, building evidence toward an argument that reflects their own views on child rearing and against corporal punishment; a view that is expanding in our class.”