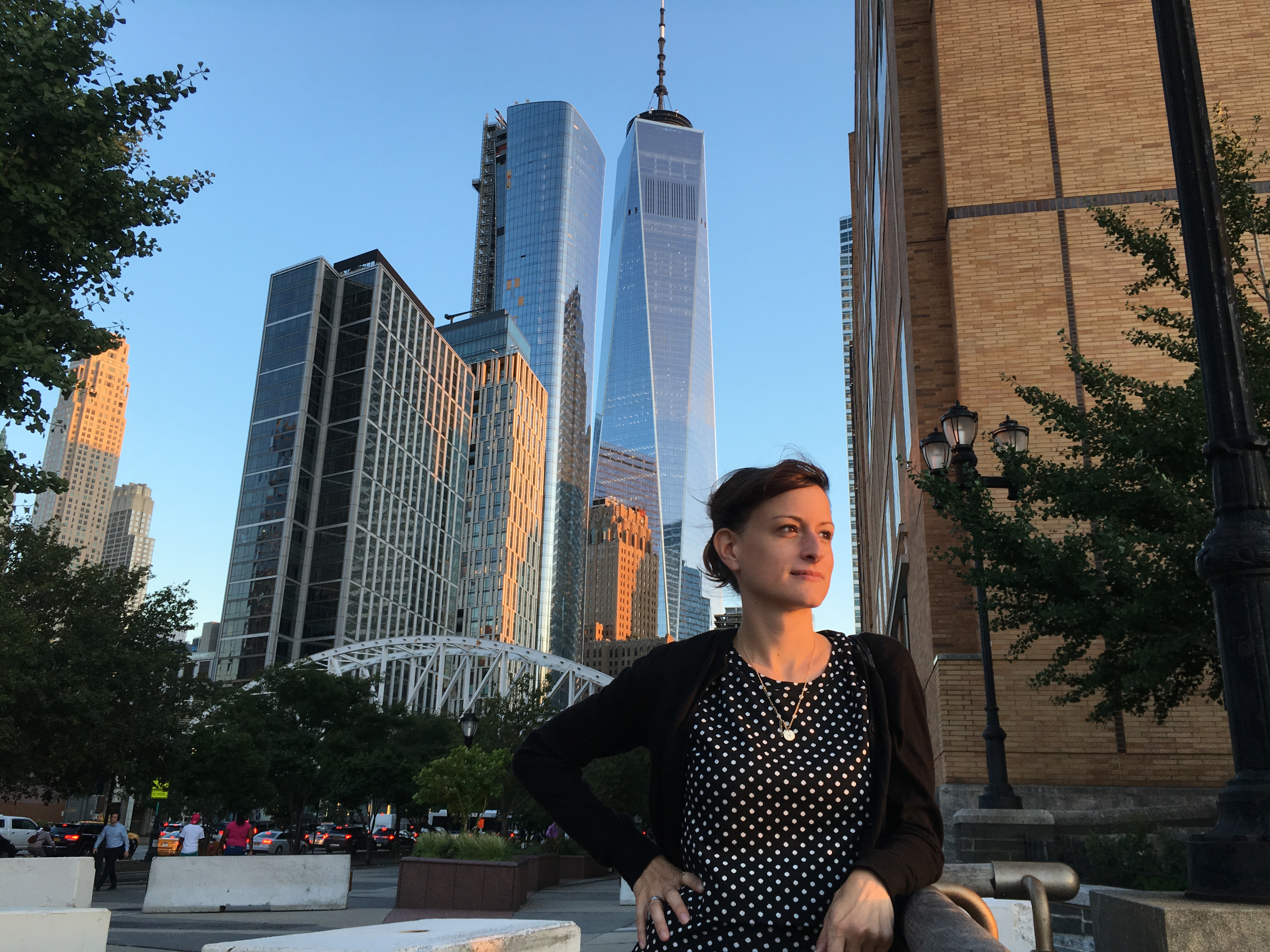 Boyda Johnstone joined the BMCC faculty in 2018 after having spent two years as a Postdoctoral Teaching Fellow at Fordham University, where she also completed her PhD in medieval literature in 2017. Before moving to the New York area in 2010 for doctoral work, she completed a BA and an MA in English at the University of Calgary in Alberta, Canada.

Boyda’s publications deal with medieval and early modern drama, medieval manuscript illustrations, and fifteenth-century dream visions. For years she wrote for the Canadian feminist academic blog Hook & Eye, focusing on strategies for productivity that honor one’s emotional and mental health. She is an experienced and dedicated composition & rhetoric and early period literature instructor and is passionate about digital media, social justice, and intersectional feminist studies. As a teacher, she challenges students to truly internalize and enact the texts we read and study together; literature is a living phenomenon that can change us in the present, and should be approached with an active, transformative spirit that is open to risk-taking and new directions. She also challenges students to become activists who apply what is gained in the classroom to the world outside.

University of Calgary. Master of Arts in English, 2010

University of Calgary. Bachelor of Arts (Honors) in English, 2008

3 CRS.4 HRS.
ENG 101
ENG 101 (English Composition)
English Composition is the standard freshman writing course. The course introduces students to academic writing. By its conclusion, students will be ready for English 201 and for the writing they will be asked to do in advanced courses across the curriculum. Students completing ENG 101 will have mastered the fundamentals of college-level reading and writing, including developing a thesis-driven response to the writing of others and following the basic conventions of citation and documentation. They will have practiced what Mike Rose calls the "habits of mind" necessary for success in college and in the larger world: summarizing, classifying, comparing, contrasting, and analyzing. Students will be introduced to basic research methods and MLA documentation and complete a research project. Students are required to take a departmental final exam that requires the composition of a 500 word, thesis-driven essay in conversation with two designated texts. Prerequisite: Pass the CAT-R and CAT-W or Accuplacer tests
Course Syllabus
3 CRS.3 HRS.
ENG 201
ENG 201 (Introduction to Literature)
This is a course that builds upon skills introduced in English 101. In this course, literature is the field for the development of critical reading, critical thinking, independent research, and writing skills. Students are introduced to literary criticisms and acquire basic knowledge necessary for the analysis of texts (including literary terms and some literary theory); they gain proficiency in library and internet research; and they hone their skills as readers and writers. Assignments move from close readings of literary texts in a variety of genres to analyses that introduce literary terms and broader contexts, culminating in an independent, documented, thesis-driven research paper. By the conclusion of English 201, students will be prepared for the analytical and research-based writing required in upper-level courses across the curriculum; they will also be prepared for advanced courses in literature. Prerequisite: ENG 101
Course Syllabus
3 CRS.3 HRS.
ENG 371
ENG 371 (British Literature from the Medieval Era to the Eighteenth Century)
This course surveys works of English literature from its origins in pre-Norman England to the eighteenth century. The objectives are three-fold: (1) to develop the student's appreciation for literature and an acquaintance with literary masterpieces written in English during the years of this survey; (2) to introduce the student to the major political and cultural events and ideals that shaped England during these years; (3) to illustrate how cultural and political ideals shape men's thinking and have their reflections in and are reflected by literature. Selections may include Beowulf, Chaucer's Canterbury Tales, Shakespeare's plays and Swift's writings.
Course Syllabus

Boyda is currently developing a book project, stemming from her dissertation, that examines the swell of interest and literary production around dreams and dream interpretation in the late Middle Ages. This project argues that dreams served a pseudo-spiritual means of yielding control over individual destinies and questioning social realities during a time of political crisis and rising individualism.

“‘Far semed her hart from obeysaunce’: Strategies of Resistance in The Isle of Ladies.” Studies in the Age of Chaucer 41 (forthcoming).

The Darker Side of The Second Shepherds’ Play: Teaching Medieval Drama with Film.” Studies in Medieval and Renaissance Teachingvol. 26 issue 1 (2019), pp. 29-36.

“Enlivening Old Texts through Performance-Based Learning.” Blog for the Center for Excellence in Teaching, Learning, and Scholarship (CELTS) at BMCC.

“I Wanted it to be a Comedy”: on The Saintliness of Margery Kempe. Co-written with Clare H. Davidson for the Los Angeles Review of Books.

“Your Emotional Well-Being on the Market.” Advice column for academic job market seekers published with Vitae, a subsidiary of The Chronicle of Higher Education.

“Who Gets a Voice on Twitter?” Guest blog published with In the Medieval Middle, 2014.