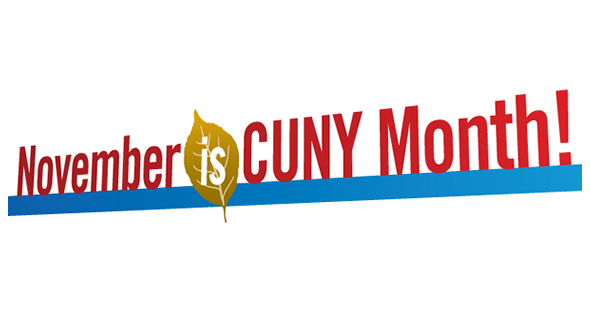 Governor Andrew M. Cuomo and Mayor Michael R. Bloomberg have designated November as CUNY Month 2012, The City University of New York’s annual opportunity to showcase its campuses to the public through open houses, cultural performances, workshops for veterans and immigrants, financial-aid seminars and special events at its 24 colleges and professional schools in the five boroughs.

The governor stated that “CUNY offers outstanding educational opportunities to students from diverse economic, social and ethnic backgrounds” who “continue to demonstrate their exceptional academic and leadership skills, most recently by winning a record 16 National Science Foundation Graduate Research Fellowships in 2012, earning CUNY the distinction of having the most student and alumni NSF fellowship winners of any public university in the Northeast.”

The mayor cited CUNY’s continuing achievements, stating that “the University has conferred well over 1 million degrees over the past 40 years, including nearly 47,000 in the last academic year. In addition, more high-achieving students applied to and were accepted by CUNY for Fall 2012 than ever before.”

CUNY Month’s theme is “Award-Winners Mentor Award-Winners at CUNY,” which highlights student-faculty partnerships that have led both members of the team to the winners’ circle.

“The hundreds of events featured during CUNY Month are part of a year-round continuum of the rich, educational and cultural programming the University is known for,” Chancellor Matthew Goldstein said. “Our 24 campuses offer a personalized education, where award-wining faculty mentor students who go on to win their own awards. Our outstanding numbers of award winners prove that students don’t get lost in the mix, they get the one-on-one attention that leads to their success in school, in career and in life.”

CUNY Month events are listed at CUNY.EDU/CUNYMONTH. Here are some highlights:

Culture Fest: See New York City Ballet dancers perform in the Satellite Ballet and Collective at John Jay College of Criminal Justice. Watch the big top go up as Lehman hosts the National Circus of the People’s Republic of China. Meet best-selling authors Gay Talese and Joyce Carol Oates on separate nights at Hunter College and get goose bumps at Macaulay Honors College as you listen to R.L. Stine talk about “Red Rain,” his first novel for adults. See The Doo Wop Project at Kingsborough Community College, featuring the cast members of Broadway’s “Jersey Boys;” and in a different vein see Ivanov by Anton Chekhov at Borough of Manhattan Community College. Don’t miss exhibits on “The End of Poverty” at John Jay College and sculptor Jose Buscaglia’s “Puerto Rico in its Labyrinth” at Hostos Community College. Queens College’s Year of India includes “Art from the Land of the Peacock.”

Self-Help: Learn how to manage money at a John Jay workshop. Attend a co-working session for entrepreneurs at Baruch College.

Citizenship: Get help applying for citizenship through Citizenship Now! sessions at various campuses.

Public Service: Buy a holiday gift for a soldier and donate it to Staten Island Project Home Front, which is hosted by the College of Staten Island. Or make a contribution to the Veterans Club Toy Drive at Bronx Community College.

Science: Get an insider’s view of how scientists found the Higgs boson, a newly discovered subatomic particle that is being called the building block of the universe, during an expert discussion at The Graduate Center.

CUNY Month is being celebrated every day in November. To learn more about the University and its outstanding students and faculty, watch “Study With the Best,” the New York Emmy-nominated magazine series on CUNY TV, Channel 75, or cuny.tv online, and tune in to lectures by distinguished faculty and guests on CUNY Radio at cuny.edu/radio.