Eight BMCC Students to Participate in Exploring Transfer at Vassar 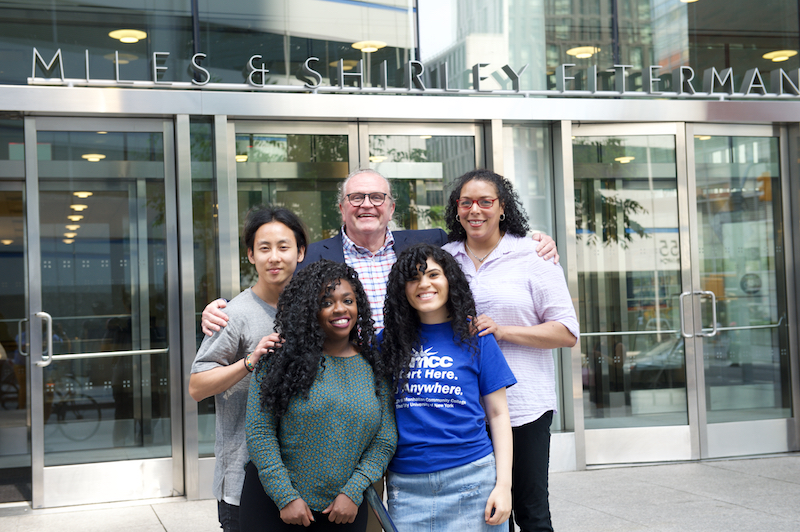 Eight Borough of Manhattan Community College (BMCC/CUNY) have been chosen to participate in the Summer 2016 Exploring Transfer Program (ET) at Vassar College.

BMCC has the largest cohort among the 15 community colleges nationwide that are participating in the program this year, according to Pauline Saavedra, Assistant Dean of Studies,Vassar College.

The five-week program covers tuition, room, board and books. Students are tasked with a vigorous course load that earns Vassar college credits.

“It’s not just a scholarship, it’s the first time these students have experienced dorm life,” said William Roane, head of the BMCC Exploring Transfer at Vassar faculty committee, which works with students to develop their applications.

Roane said almost all the students who have finished the ET Program have gone on to successful academic careers at four-year schools.

Testament to the Program

“When I came back to BMCC after that summer at Vassar, I started to question more and continue to think more critically,” said Stephens.

After BMCC, Stephens transferred to Sarah Lawrence College and graduated in 2014. She now attends Teachers College, Columbia University, where she is earning an Ed M in Higher and Postsecondary Education

“Without the supportive faculty and staff in the BMCC English department and the guidance of Professor Roane, I don’t think I would be where I am today,” Stephens said.

BMCC alumna Alexandria Smalls participated in ET in Summer 2015. During her five weeks at Vassar, Smalls said she was challenged in new ways and adopted a mantra of never accepting what comes easiest.

“Fast forward one year, I’ve been accepted to both Vassar and Mount Holyoke College,” said Smalls, who was a Theatre major at BMCC.

Incoming 2016 ET student Drew Ballard says he is looking forward to the experience at Vassar.

“Being a part of this program is valuable to me, because where I grew up near Flint Michigan, we weren’t offered the best educational opportunities,” said Ballard, whose goal is to go to medical school or an MD-PhD program and combine epidemiology with social sciences.

“Beyond that, who knows? I’ve learned that the sky is the limit. And it all started academically at BMCC,” he says.