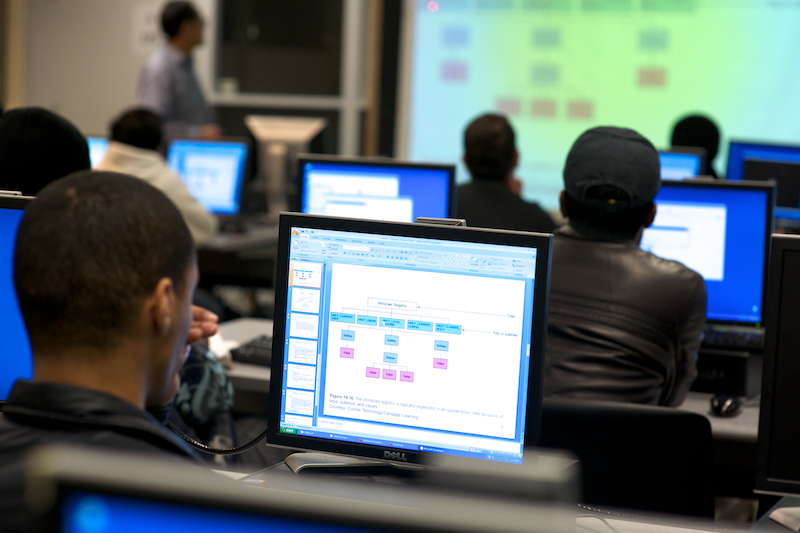 Borough of Manhattan Community College (BMCC/CUNY) has received a $770,000 grant from the Advanced Technical Education (ATE) Program of the National Science Foundation (NSF) to support a three-year project, “Fostering Student Success in Cybersecurity and Information Assurance.”

BMCC is one of approximately 80 recipients nationwide — and one of four community colleges — to receive the cybersecurity education grant.

According to the NSF, minorities make up 29% of the nation’s science and engineering workforce. The NSF ATE program encourages grant proposals from institutions such as BMCC that support the recruitment, retention and degree completion of minority and women students in technician education programs.

In addition to recruiting from minority high schools, Kok says the new project will recruit from BMCC, which ranks number four among community colleges nationwide in awarding associate degrees to minority students, according to U.S. Department of Education data compiled by Community College Week.

Cybersecurity in the headlines

“Every day a data breach of some sort — either at company or in a government agency — is in the headlines,” says R. Corby Hovis, Program Director, Division of Undergraduate Education, NSF. “There is a huge demand for skilled workers in cybersecurity. Jobs in the cybersecurity and Information Assurance tend to be high-paying. A recent survey of employers predicted that 1.5 million more cybersecurity professionals will be needed by the year 2020.”

A large number of the front-line jobs designed to protect computer networks could be filled by technicians with an associate degree, Hovis says. And that’s where BMCC and other community colleges come in.

“In a relatively short time, a motivated student can earn a certificate or a two-year degree and go to work securing and testing networks, patching users’ personal computers, doing forensics to solve digital crimes, and other valuable, widespread cybersecurity tasks,” said Hovis.

The NSF funds will enable BMCC faculty to create a cybersecurity concentration within the college’s Computer Information Systems (CIS) and Computer Network Technology (CNT) associate degree programs. Both BMCC programs enroll hundreds of students, over two thirds of whom are Black or Hispanic.

The project team will work with representatives from the New York City College of Technology (CUNY), Manhattan Bridges High School, the Center for Systems Security and Information Assurance (CSSIA), and the National CyberWatch Center.

Together the team will adapt and implement exemplary educational materials and pedagogical strategies, in an effort to increase the number of minority students who pursue studies in cybersecurity and information assurance.