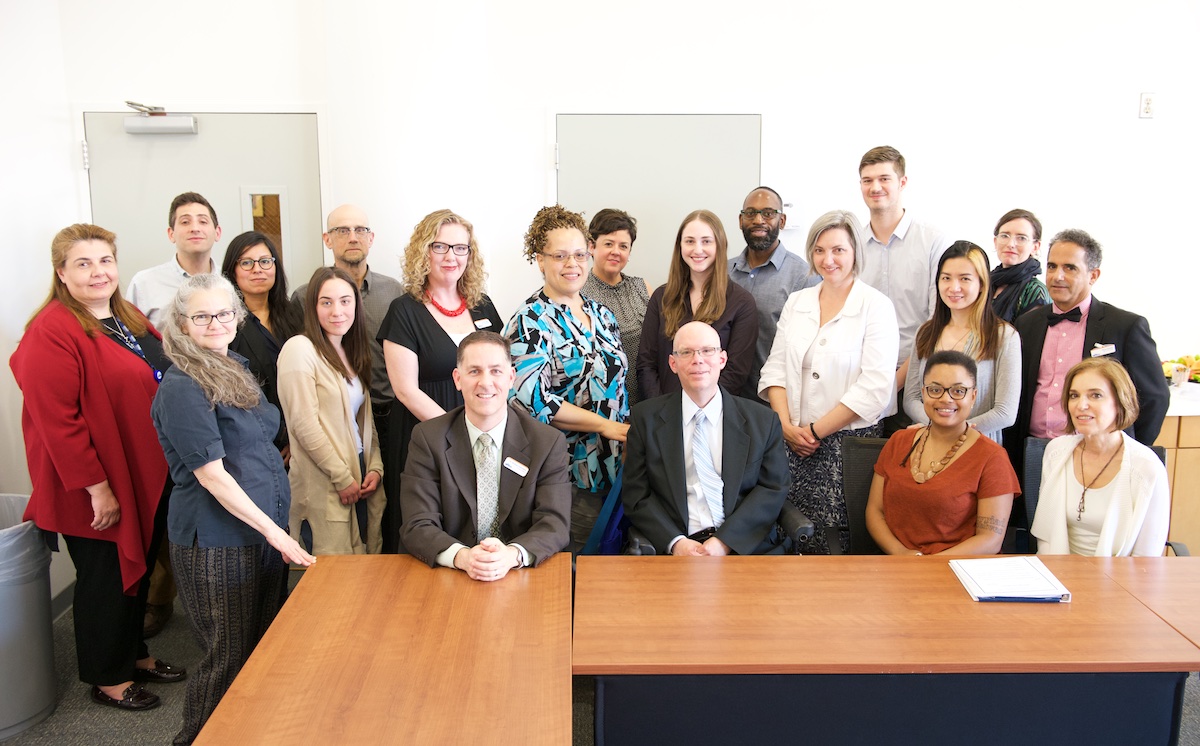 BMCC recently celebrated its first year with the Melissa Riggio Higher Education Program, a collaborative effort between AHRC NYC and the BMCC Office of Student Affairs and Office of Accessibility. The Melissa Riggio students at BMCC this past year audit courses, work with a mentor and assimilate into college life. Faculty from academic departments including English, Human Services, History and Art were recognized for their role in the program, which is expected to grow. “More than 120 faculty have contacted us already, expressing interest in participating in the project,” said Erwin Wong, Dean for Academic Programs and Instruction. 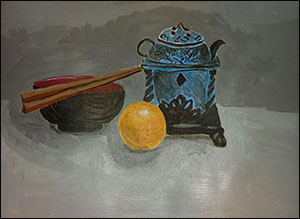 Andrew Pfadt, Program Director of the Melissa Riggio Higher Education program, says the five Melissa Riggio students at BMCC this year, “all had college as part of their life plan or dreams, but were never able to be part of the college experience — and as great as the classroom experience was for them, what’s more amazing is seeing them on campus; meeting up with classmates over lunch, hanging out, being part of clubs such as the Anime Club, the Painting Club and Video Club.”

The students “happened to be very art centric,” says Pfadt, adding that they even took a trip with the BMCC Anime Club to the New Jersey Comic Expo. Taking college classes, he says, “is more of a career-building piece for our students, a social experience. Internships come in the second year.”

BMCC Professor of Art Xico Greenwald, who was one of the faculty recognized for participating in the program, presented artwork by his Melissa Riggio students. One of these students, he says, “poured herself into her work in a way that was really an inspiration to her fellow classmates. We studied color theory, and a lot of the projects involve conceptually wrapping your mind around a principle. My student not only understood the various principles we were working with, but her creative solutions were off-the-charts fantastic.”