BMCC Leading the Way on Sustainability

The Borough of Manhattan Community College (BMCC/CUNY) is leading the way among City University of New York schools as it transforms itself into one of the city’s most sustainable campuses.

Energy saving projects that range in size and scope from a soon-to-be-installed solar array on the BMCC main campus rooftop, to efforts as simple as wrapping steam-filled pipes that heat the buildings, are either in place or in the planning stages. Funding has come from federal, state and city sources.

BMCC is also the first CUNY campus to develop an online dashboard that is using real time energy use data to promote conservation and engage students, faculty and staff.

At the dashboard, BMCC community members can see precisely how much energy the college is using in each building at any given time of day. The dashboard also provides a tool that tallies the financial cost of the energy used by the campus.

“The dashboard engages the BMCC community to become active participants in energy conservation efforts, both on campus and at home,” said Thomas Ching, Chief Administrative Superintendent of BMCC buildings and grounds department.

New York City government operations, of which the BMCC campus buildings are a part, together generate about 6.5 percent of all the greenhouse gas emissions in the five boroughs according to the New York City Mayor’s Office of Sustainability. Last fall, Mayor Bill DeBlasio pledged an 80 percent reduction in greenhouse gas emissions by 2050, making New York the largest city in the world to commit to such a goal.

“If we identify strategies and implement practices we’ll be 40 percent ahead of the game,” said Ching.

The nuts and bolts projects

Since 2014, BMCC has received $3.3 million from the New York City Department of Citywide Administrative Services (DCAS). That money includes $2.4 million from the DCAS Accelerated Conservation and Efficiency program (ACE). The goal of ACE is to fast track and streamline funding for shovel-ready energy saving capital projects.

BMCC has received the largest amount of ACE funding earmarked for energy conservation projects of any CUNY school. So far, the return on the city’s investment is measurable.

In just three years, almost all the DCAS initial investment funds allocated to BMCC thus far will have been recouped in full.

Included among the upgrades are an independent chiller for Theatre One, a UV filtration system along with 700 steam traps and new thermal insulation blankets for the college’s maze of heat carrying steam pipes. 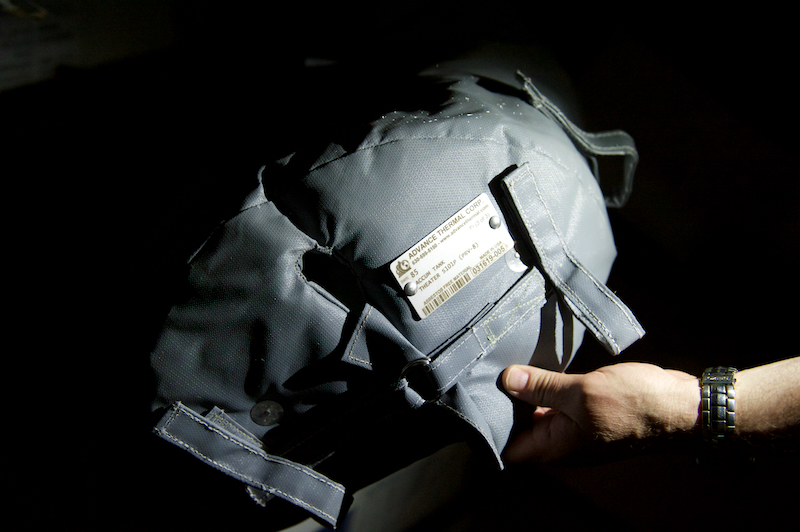 “Putting thermal blankets on pipes is not very sexy, but it saves a lot energy and it’s cheap,” said Anderson.

Plans for 2016 call for $1.8 million in new projects including new lighting controls and variable frequency drives for air handling units and pumps. DCAS estimates those initial costs will be recouped in savings in 3.6 years.

When construction of BMCC’s new Fiterman Hall was completed in 2012, the building was designated LEED (Leadership in Energy & Environmental Design) Silver by U.S. Green Building Council.

LEED is an acronym for Leadership in Energy and Environmental Design (LEED) Green Building Rating System™ certification. It designates environmentally responsible, green or sustainable designed government and commercial buildings. LEED designated buildings have been determined to be designed, built and operated to minimize non-renewable energy use, reduce water consumption, while offering healthy settings in which to work and live.

Among its green features, the Pei Cobb Freed designed structure is home to 12,000 square feet of green roofs that are covered by perennial plants and succulents that absorb sunlight and heat.

Beneath all the plant life sits a filtration system that absorbs rainwater and converts it into what’s called graywater. The graywater gets funneled to a holding tank at the top of the building.   From the holding tank, the water flows down pipes to the building’s chillers, where it is used to cool the building as needed. 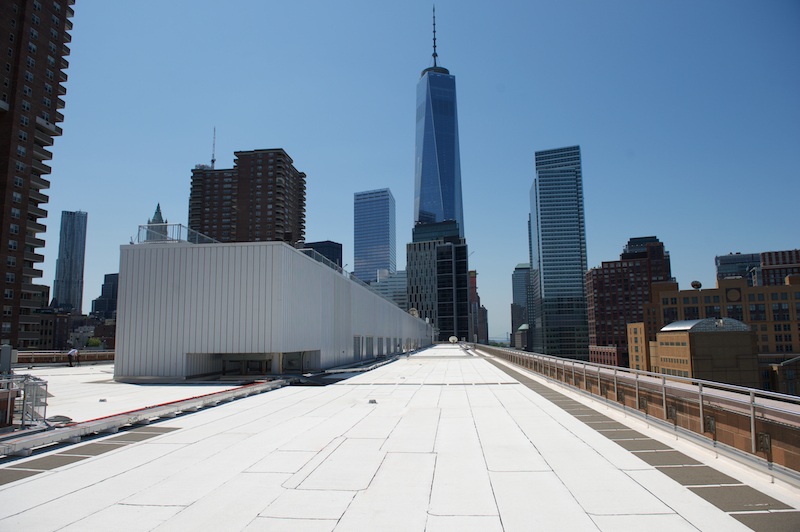 Similar features were absent in the original design at the BMCC 199 Chambers Street building. The four block long structure was designed and built in an era when energy was inexpensive for public buildings and private developers. But the investments BMCC has made so far are making the building markedly more energy efficient. For example, BMCC is retrofitting part of its HVAC system for more efficient cooling and heating delivery.

He said the rubberized roof will help keep cool air inside during summer months, and prevents warm air from evaporating into the atmosphere during the winter.

Starting in spring 2016, BMCC will begin installing the 926 solar panels on that same rooftop. When the solar array comes online, it will be the largest working solar power station on the entire island of Manhattan.

The BMCC solar project will be capable of producing 325-kilowatt (kWh) hours of electricity each day, much needed power that will get released back into the nation’s grid during peak usage hours.

Buildings and Grounds staff were also able to secure $300,000 from DCAS that will pay for 100 kWh batteries, which can store some of the new BMCC produced solar power and be tapped into during emergency situations such as a power outage in Lower Manhattan. More important, the batteries will be used to reduce the college’s peak load demand during the summer months which will greatly reduce the annual cost of electricity used by the BMCC.

Why BMCC is leading the way

“There were a number of cascading events that led to the green undertakings,” said Anderson. 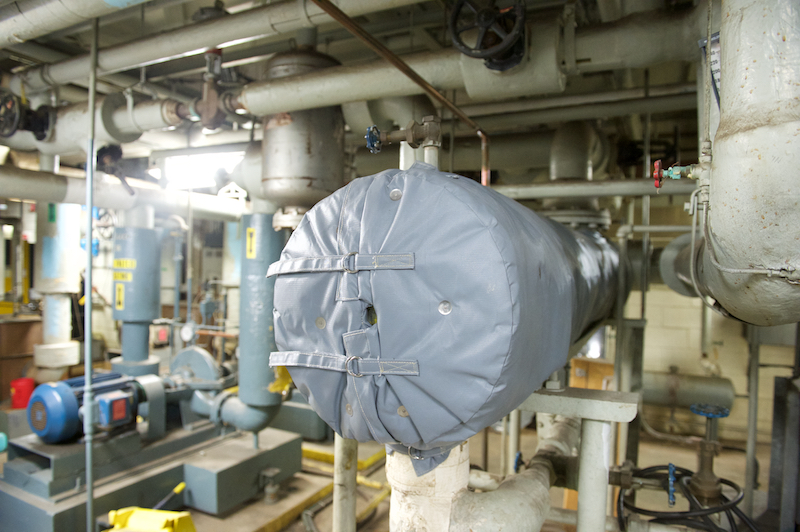 The main BMCC campus was picked by the Governor’s office in 2008 to be the first public building in New York State that would retrofit its preexisting condition to make it more green, said Anderson. The school also received federal and city funds that are enabling the upgrade of the roof, the HVAC systems and the solar array.

“We can do paper coffee cups, instead of Styrofoam or we can do away with plastic bags, which can survive a billion years, all those things are very important, but the thing that saves electricity in a cumulative way is the way you manage your buildings,” said Anderson.

This is not theoretical stuff, this is real stuff you can do for a price and get a return on the investment” said Anderson.

Unlike with CUNY four-year schools, the city’s community college utility bills are paid by DCAS.

Still, Anderson says the irony of all these sustainability efforts is that unlike with a senior college, as a community college, BMCC does not benefit financially or receive a budget enhancement from all of its energy savings.