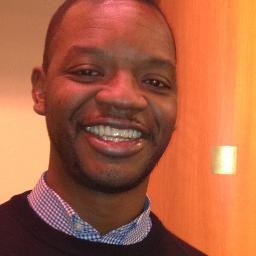 Dr. Sheldon Applewhite is an Assistant Professor of Sociology in the Social Sciences & Human Services Department.  Dr. Applewhite earned his Ph.D. in Sociology from Howard University in 2006.  His specializations are urban and medical sociology.  Dr. Applewhite has worked as a Evaluator and Research Scientist at the New york City Department of Health & Mental Hygiene from 2005-2009 with the Healthy Start Brooklyn Program, a multi-million, federally funded program that addresses maternal health outcomes.  Dr. Applewhite joined the faculty of BMCC in 2010.  A native New Yorker, who attended NYC public schools, His current work focuses on health disparities among racial and ethnic groups and health issues of the LGBTQ of color populations.  His current research primarily focuses on HIV prevention strategies for same sex couples.  Dr. Applewhite serves as a Board Member for the Black Gay Research Group.  He is also a contributor to AMNY, A New York City-based local paper that circulates to over 300,000 readers daily in the New York City metropolitan area.  Dr. Applewhite tweets at @DrSApplewhite.

3 CRS.3 HRS.
SOC 100
SOC 100 (Introduction to Sociology)
This course studies the social world and how it has evolved over time, as well as how individuals are influenced and structured by social interactions in small groups and by larger social forces. The course covers major sociological theories and research methods, and key concepts such as culture, socialization, social class, race/ethnicity, gender, technology, social inequality, and social change.
3 CRS.4 HRS.
SOC 110
SOC 110 (Sociology of Urban Education)
This course examines the barriers to the completion of high school by urban high school students and presents the "mentor model" as one way to support and help students achieve in the school environment. Students taking this course will spend a minimum of 20 hours serving as a mentor to a student from a nearby high school. Prerequisite: Permission of department

“The Relationship between Gender Role Conflict, Substance Use, and the Sexual Health Behaviors of Black Men: An Exploratory Research Study of Black College Men.”