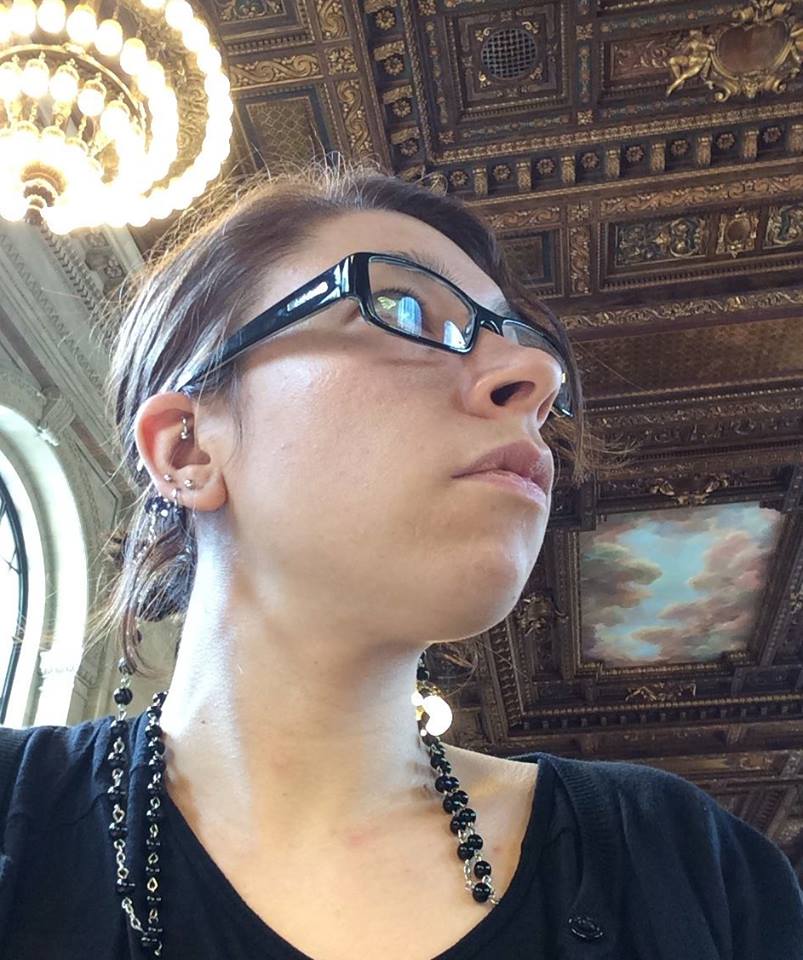 Dr. Nicole Lopez-Jantzen joined the faculty at CUNY Borough of Manhattan Community College in 2017 as a historian of medieval history. Prior to this appointment she worked as an assistant professor at Queensborough Community College (2013-2017). Dr. Lopez-Jantzen received her doctorate in history from Fordham University in 2012, where she analyzed the struggle over Ravenna as part of a larger conflict over authority in the post-Roman west. Her recent research has focused on the role of Lombard and Byzantine women in the identity construction and ideology fundamental to the new dominant groups in the early medieval west and on sexuality in early medieval Italy, some of which is forthcoming in the article “Italy” for the Companion to Sexuality in the Medieval West (Arc Humanities Press, 2020). She also participated in the NEH Summer Institute Migration and Empire: The Roman Experience from Marcus Aurelius to Muhammad in 2017 and presented at the Inclusion and Exclusion in the Late Antique and Early Medieval Mediterranean (Carlisle, PA) in April 2018, and is currently working on racialization in the early Middle Ages.

In addition to her research, Dr. Lopez-Jantzen’s teaching seeks to make the teaching of western civilization more inclusive, particularly by consistently highlighting the experiences of women, non-elites, and religious minorities. In January 2019 she was a discussant on the “Decolonizing the Middle Ages” roundtable at the 133rd Annual Meeting of the American Historical Association in Chicago, IL (January 2019). She is also the co-chair of BMCC’s Women’s HerStory Month Committee and serves on the board of the Society for Medieval Feminist Scholarship.

Late antique and early medieval Italy, gender and sexuality, race and ethnicity in the pre-modern Mediterranean.

3 CRS.3 HRS.
HIS 101
HIS 101 (Western Civilization: From Ancient to Early Modern Times)
This course analyzes the societies of Western civilization from their origin to early modern times. The major social, economic, political, religious and intellectual developments are examined and their impact on the development of modern Western civilization is traced.
3 CRS.3 HRS.
HIS 102
HIS 102 (Western Civilization: The Emergence of the Modern World)
This course traces the growth of the modern Western world to the present. It surveys the political, economic and social foundations of contemporary civilization.
3 CRS.3 HRS.
HIS 225
HIS 225 (History of Women)
This course in social and intellectual history examines ideas about women and women?s status in society in selected periods of history. Emphasis is placed on t'e reading and interpretation of primary source material. Topics included are: the historiography of women's history; examples of matriarchy; women in the Ancient Near East; Greece and Rome in the Middle Ages and the Renaissance; the role of women in the American slave and plantation society; women in the modern capitalist and socialist worlds.
Prerequisite: Any history course or GWS 100

Gender and sexuality in medieval Italy

Race and ethnicity in the early Middle Ages

“Between Empires: Race and Ethnicity in the Early Middle Ages.” Literature Compass 16.2 (forthcoming 2019).

2014: NEH Grant to attend the NEH Summer Seminar Reform and Renewal in Medieval Rome at the American Academy in Rome; PSC-CUNY Research Award

Member of the American Historical Association, Medieval Academy of America, and Society for Medieval Feminist Scholarship