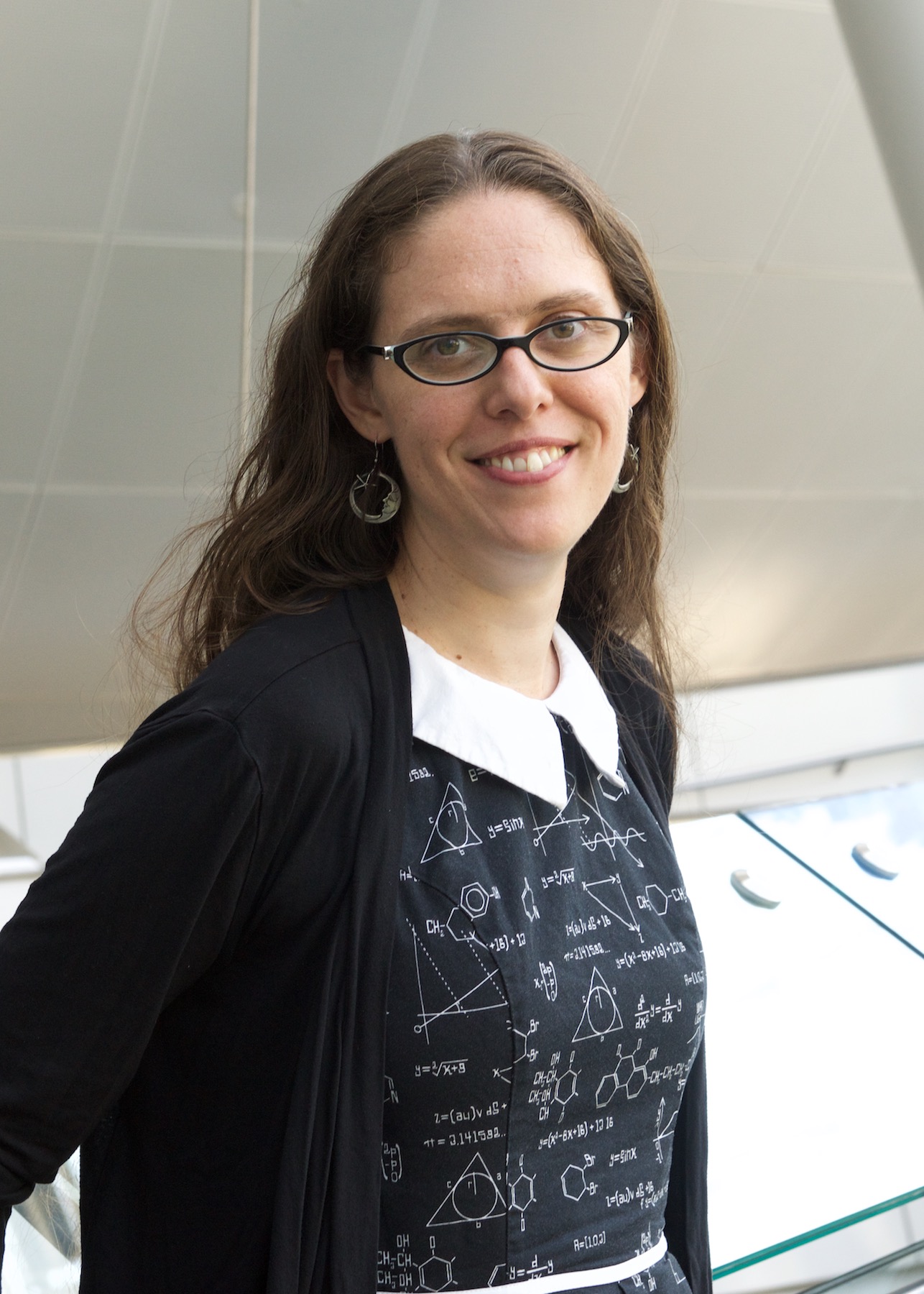 Professor K. E. Saavik Ford teaches astronomy at BMCC and mentors student researchers in projects analyzing Active Galactic Nuclei (AGN), or black holes expanding in the center of a galaxy. Under Professor Ford’s guidance, the students learn research protocols and plot new data relating to active galaxies that are bright enough to have their spectra measured by the Sloan Digital Sky Survey telescope in New Mexico.
Professor Ford also serves as a research associate in the Department of Astrophysics at the American Museum of Natural History. She is a member of the doctoral faculty at the CUNY Graduate Center, a member of CUNY Astro and an invited member of the James Webb Space Telescope, Near-Infrared Imager and Slitless Spectograph-Aperture Masking Interferometry (JWST NIRISS-AMI) Working Group. Former roles include having served as a Kavli Scholar at the Kavli Institute for Theoretical Physics at the University of California, Santa Barbara.
With a primary interest in structures that allow accretion onto black holes and how matter-fueling activity arrives in their nuclei, Professor Ford uses high-contrast, high-resolution imaging, and is working with a new kind of optical interferometric technique called non-redundant masking.
In addition to the awards listed below, Ford wrote and collaborated as co-Principal Investigator on the National Science Grant, AstroCom NYC: a partnership between CUNY, AMNH & Columbia. “It is a testament to the quality of the entire CUNY Astronomy faculty that we were awarded this highly competitive grant and that it was extended through 2018,” she says, “especially under the extremely tight federal budget conditions.”
From 2014-2016, Ford was Co-Principal Investigator on a grant through NASA’s New York Space Grant Community College Partnerships Program. This project built on the AstroCom NYC program and expanded it to other NASA-related STEM fields, focusing on student retention through student research preparation and mentoring.
For both the NSF- and NASA-funded projects, Professor Ford served as the mentoring supervisor responsible for professional development workshops that enabled faculty to teach a critical research prep course for community college students, “Methods of Scientific Research.”
In July 2017, Saavik Ford was interviewed by Gadi Schwartz for NBC Nightly News with Lester Holt about the state of space exploration today. In 2009, she was among 13 astronomers in the United States selected by National Public Radio to talk about the Hubble Space Telescope. She lectures widely on her research into black holes and other related subjects.