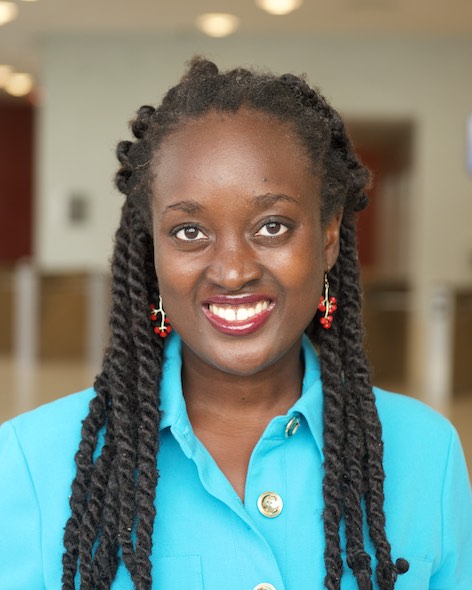 Dr. Judith Anderson is a cultural anthropologist and Afro-Latin Americanist whose research focuses on Black political mobilization in present-day Buenos Aires, Argentina. She has taught and conducted scholarly research in areas including the African Diaspora in the Americas; Latin American Studies, and Race and Identity in Argentina. She earned a Ph.D. in Anthropology, with an Interdisciplinary focus in Film and Media Studies from the University of Florida at Gainesville, where she also completed an advanced graduate certificate in Latin American Studies. Before joining the faculty at BMCC, Professor Anderson taught at Hunter College/CUNY, York College/CUNY, and and the College of New Rochelle. She is widely published, with articles focusing on the politics of Black identity in Buenos Aires.

3 CRS.3 HRS.
AFN 128
AFN 128 (Black Women in the Americas and the Caribbean)
The changing status of women in African traditional societies is compared with changes in the status of Black women in the United States, the Caribbean, and Brazil.
3 CRS.3 HRS.
LAT 150
LAT 150 (The Latino Experience in the U.S. (Same as SOC 150))
This course studies the varied experiences of Latinos in the United States of America. Through readings, lectures, discussions and fieldwork, students will become familiar with the group and its diverse components from North, Central and South America as well as the Caribbean, while covering representative nationalities such as Mexicans, Salvadorians, Cubans, Colombians, Ecuadorians, Puerto Ricans and Dominicans. The course will survey the history and evolution of Latinos at the same time that it explores issues of culture and identity. Other topics include family, race relations, religion, education, economic incorporation and political participation. Key issues of contemporary interest will also be explored, such as Latinos and immigration, and the impact they have on local, state and nationwide elective office.
3 CRS.3 HRS.
LAT 200
LAT 200 (Peoples & Cultures of Latin America and the Caribbean)
This course examines the diverse peoples and cultures that have populated Latin American and the Caribbean region since pre-Columbian times. It discusses the legacy of European colonization and the subsequent struggles for independence, formation of national identities and the quest for modernization today. The course will place particular emphasis on the production of social movements that respond to social inequality, and conflicting ideologies around ethnicity, race and gender among other factors. The readings illustrate case studies that examine a wide range of topics - ecological adaptation, food production, kinship and local politics, medical and religious beliefs and artistic expressions - from small-scale rural society to large complex urban centers throughout the continent. It will also explore how globalization, intense migration, and transnationalism have generated new notions of identity in the US today.
3 CRS.3 HRS.
LAT 475
LAT 475 (Latin American & Caribbean Society)
This is a summer course taught abroad in a Latin American or Caribbean country. It offers the student the opportunity to travel, to share, to live and to study in another country. From a global perspective, this course explores the history and culture of a selected Latin American or Caribbean country by focusing on religion, homeland, art, family, identity, film, economic development, social and political movements and environment as they are presented as major themes of current research and in the tangible appreciation of the student. Prerequisite: A functional knowledge of the language of the country or countries visited may be required.

Dr. Anderson’s research examines Black political organizing for rights and recognition in Argentina, the European or “white” nation of Latin America since the early 2000s.  The Pan-African efforts of activists concentrated in the city of Buenos Aires have led several initiatives with large and small-scale gains including the re-inclusion of Afro-descendants on the 2010 national census after more than a century of absence.  She has created and led Black Studies-focused study abroad programs to both Buenos Aires, Argentina and Salvador da Bahia, Brazil. She is actively engaged in several projects supporting Afro-descendants and other underrepresented communities across Latin America. She has also created multiple programs bringing these activists and scholars to the U.S. for knowledge exchange as well as community building.

“The Performance of Race, Nation, and Gender in the Lives of Rita Montero and Josephine Baker.” In Afro-Argentines in the 20th Century. Lea Geler and Robert Cottrol, eds. University of New Mexico Press. In press.

“Will the Real Negros Please Stand Up? Understanding the Politics of Black Identity in Buenos Aires, Argentina.” Transforming Anthropology 23(2): 69-78. 2015.

“A Million Little Ways: Racism and Everyday Performances of Blackness in Buenos Aires.” Theme Issue, ‘There are no Blacks in Argentina’: Policing the Racial Border,” African and Black Diaspora: An International Journal 7(2): 165- 176.  2014.

PSC CUNY Traditional B Grant, “The Performance of Race, Nation, and Gender in the Lives of Rita Montero and Josephine Baker,” 2017