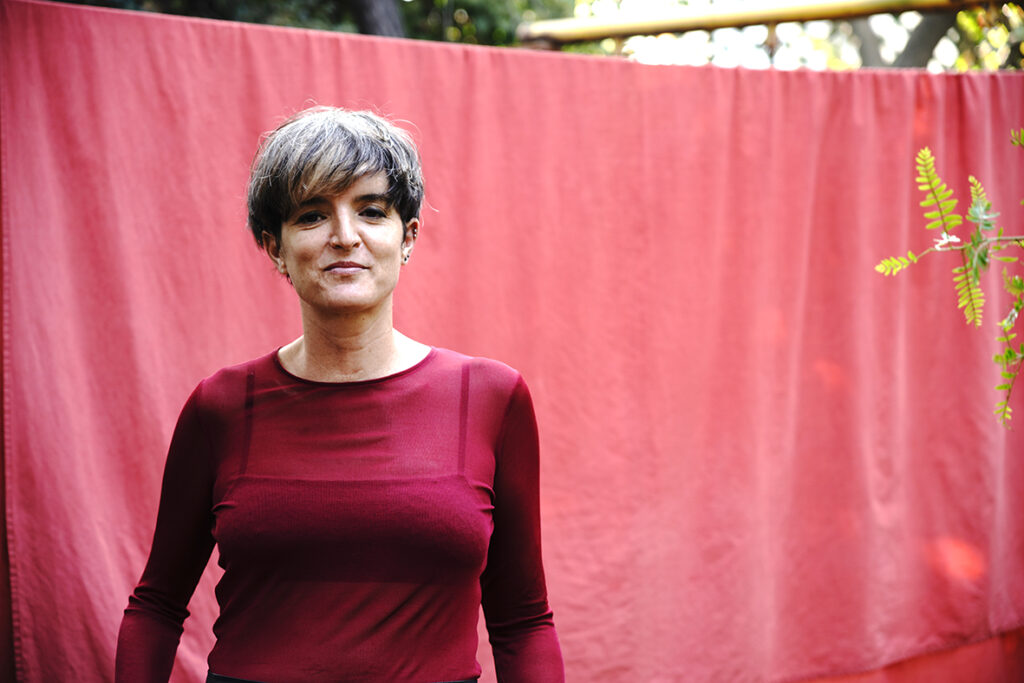 Ángeles Donoso Macaya is an immigrant educator, researcher and activist from Santiago, Chile, based in New York City. She is Professor of Spanish at the Borough of Manhattan Community College/CUNY and Professor of Latin American Cultures and Visual Studies in the Ph.D. Program in Latin American, Iberian, and Latino Cultures at The CUNY Graduate Center.

She is the author of La insubordinación de la fotografía (Metales Pesados 2021) / The Insubordination of Photography: Documentary Practices under Chile’s Dictatorship (2020), which received the Best Book Award in Latin American Visual Culture at LASA 2021 and Best Book Award in Recent History and Memory at LASA 2022, and co-editor of Latina/os of the East Coast: A Critical Reader (2015). Her most recent articles are forthcoming or have appeared in the Journal of Latin American Cultural Studies, Oxford Research Encyclopedia of Latin American History, Cold War Camera (2023) and Photography and its Publics (2020), among others.

The Agrarian Reform promoted by the government of Eduardo Frei Montalva (1964-1970) included extensive education and literacy programs that sought to transform and improve the living conditions of rural workers (campesinos y campesinas). These programs reproduced the same patriarchal structure that characterized the Agrarian Reform process, an eminently modern and modernizing project, in all its spaces and in its different facets. Feminist historians such as Heidi Tinsman, Claudia Fedora Rojas Mira, Hillary Heine, and Ximena Valdés have already shown how the sexual division of labor considerably disadvantaged peasant women within this reforming process. This ongoing research project seeks to complement these contributions; adopting a feminist approach, I take on the visuality generated by the Agrarian Reform as a government policy. I am currently studying: 1) the visual material of the adult literacy program devised and implemented by Paulo Freire, who between 1964 and 1968 worked in the Ministry of Education together with Waldemar Cortés Carabantes and as advisor to Jacques Chonchol in the Agricultural Development Institute [INDAP]; 2) the visual educational and propaganda material designed by INDAP and by the Agrarian Reform Corporation (CORA) to promote different aspects related to the process. I explore the ways of seeing that these images enable (documentary photographs, illustrations, drawings); analyze how the forms of valorization, differentiation and hierarchization underpinning the modernizing and patriarchal project of the Agrarian Reform are reproduced in the visual material generated by the government; discuss how the meanings are sedimented in these images; and also attempt to reconstruct the history of the production of this visual archive—which entities financed these materials, how they were distributed, and who were the illustrators, designers, artists, and photographers involved in their production.

This project is funded by a 2021-2022 Mellon/ACLS Community College Faculty Fellowship, part of a project titled The Expanding Photographic Archive of Feminist Movements in Chile

Imperfect Archive is a creative photographic-theoretical project that brings together unpublished work by Chilean photographers Paz Errázuriz from the period of the dictatorship and an essay written by Professor Ángeles Donoso Macaya. The project contemplates the edition, production and publication of a bilingual book (with an English translation by Ángeles) with one hundred photos of Paz Errázuriz and the realization of a photographic exhibition (thirty photos) in two spaces: the Nemesio Antúnez Room in the UMCE and the Diego Rivera House of Art in Pto. Montt. The project includes the launch of the book in both spaces with the participation of the authors and also two educational activities with students from public elementary schools. The general purpose of this project is to publicize and contextualize a significant corpus for the historiography of the expanding field of photography at the local level: one hundred documentary photos from Errázuriz’s personal archive.

This project is funded by a 2022 FONDART Grant, given by the Chilean National Council for the Arts and Culture.

Since 2020, Ángeles has been Faculty Lead of Archives in Common: Migrant Practices/ Knowledges/Memory, part of the Mellon Seminar on Public Engagement and Collaborative Research at The Center for the Humanities at The Graduate Center, CUNY. Archives in Common is a public humanities project developed in collaboration with La Morada, an undocumented family-owned and operated Oaxacan restaurant in the South Bronx. Ángeles has written blogs and presented about Archives in Common along her collaborators at different venues, and, through the Public Seminar, has organized and moderated several conversations with activists, artists, and researchers about current issues: food justice, food sovereignty and community garden stewardship, mutual aid organizing and accountability, toxic clouds and state repression, immigration justice and immigration rights activism, and antiracist work.

As member of the activist research collective somoslacélula, she creates video-essays that respond to pressing matters, such as “Matar el ojo” (2020), formulated in collaboration with writer Lina Meruane. In 2020, Ángeles collaborated with Forensic Architecture, a multidisciplinary research group based at Goldsmiths, University of London, in the video-investigation Tear Gas in Plaza de la Dignidad.