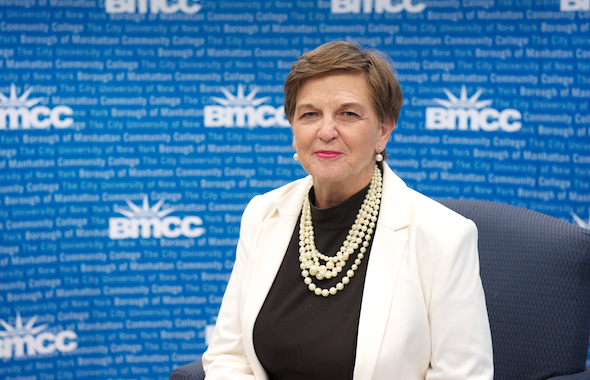 Associate Professor of Developmental Skills Cynthia Wiseman has been awarded a Fulbright Scholar grant to lead teacher trainings in rural areas of Vietnam during the 2014-2015 academic year, the U.S. Department of State and J. William Fulbright Foreign Scholarship Board recently announced.

“My proposal is to lecture and develop some online materials as a resource for teachers,” said Professor Wiseman. “I just got an assignment at Pham Van Dong University,” in the city of Quang Ngai City in south-central Vietnam.

Professor Wiseman’s extensive experience teaching English to speakers of other languages all started in West Africa.

“I was in law school, then I became a Peace Corps volunteer in Senegal, and started teaching English. So when I came back from Senegal, I changed my direction to teaching.”

She has also helped develop and implement a summer English teacher training program through the Zigen Fund in rural China, spending the last four summers in the northern provinces of Shanxi and Hebei, and in the southwest province of Guizhou.

“Some of the teachers I’ve worked with don’t have a lot of access to materials or chances to speak English. Some don’t have Internet, and their schools have limited resources,” she says.

“I’ve been to Vietnam twice. I love Hanoi,” says Professor Wiseman, “and I know that one of the things you have to be flexible about when you teach in another country is that you never know what resources will be available, or the English proficiency of the teachers.”

Also, she says, “working abroad in any country requires some negotiation, and a diplomatic approach to the completion or implementation of projects.”

She notes that in both Vietnam and China, English instruction “is basically test preparation, so a lot of time is dedicated to studying vocabulary lists and using a more traditional approach.”

And yet, she says, “with language acquisition, we know it’s important to include a more communicative approach. So that will present somewhat of a challenge.”

Having accrued almost 40 years’ teaching ESL/EFL (English as a Second Language/English as a Foreign Language), “I understand … the importance of English language skills in countries with emerging markets and in particular the enormous impact of teacher training towards achieving long-term goals of language acquisition for a country’s future entrepreneurs,” she writes in her Fulbright proposal.

Her contribution in Vietnam will include “teaching undergraduate and graduate courses in TEFL, providing teacher training workshops in rural areas, and assisting in the development of teaching materials and curricula.”

“They have found a hotel for me to stay in,” says Professor Wiseman, who will leave for Vietnam in January 2015. “It’s 100 miles north of Saigon or what is now called Ho Chi Minh City.”

She adds that she won’t have a car, “but they said the hotel is close enough to the university that I can go by bike. So I probably will get a bike.”

In addition to her many other research areas, Professor Wiseman has investigated the pedagogical uses of technology such as Wikis, digital storytelling, online games and ePortfolios in the ESOL writing classroom.

When she returns from Vietnam to her classes at BMCC, “What I might do is try to establish with the teachers I’ve connected with, a sister relationship between my classes and their classes in Vietnam,” she says, “using the technology we have at BMCC, doing collaborative projects using Wikis or blogs.”