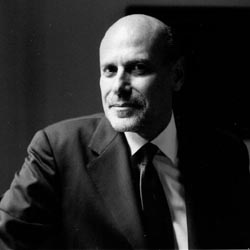 Mr. Rosen was the last American press attaché to Iran, serving in Teheran from 1978-81. After the shah of Iran was overthrown in a popular revolution in January of 1979, Mr. Rosen and 51 other American diplomatic officials were held hostage by the Islamic Republic of Iran from November 4, 1979 until January 20, 1981, the day that President Ronald Reagan was sworn in.

On Larry King Live, Mr. Rosen appeared along with former Secretary of State, Madeleine Albright, during the Clinton administration, CNN reporters covering the Middle East, and other analysts. Albright expressed her fear that the situation could escalate and spin out of control, perhaps leading to armed conflict. She cautioned that both sides, including the United States, which is taking a low profile, should stand back and let diplomacy take it course.

The CNN reporters commented on Faye Turney, the only female sailor among the 15 detainees, who was filmed admitting that “we had apparently gone into Iranian waters.” Most agreed that she was coerced into making her confession and that her adjectives for her detainees—“very hospitable, very thoughtful”—were rehearsed. They maintained that in comparison with an earlier episode in 2004 when eight other British captives were paraded blindfolded on Iranian television, these sailors were apparently treated better. Mr. Rosen said that he believes the video was a “charade.” He continued that his own experience in captivity leads him to believe that the British sailors were “forced into playing along.”

Mr. Rosen said “This seems much like a replay of the events that occurred in 1979 when I and 51 other embassy officers were taken hostage for 444 days.” He added “The possible release of Faye Turney is reminiscent of what happened 28 years ago. At that time, the Iranian regime released women as part of their attempt to garner positive public relations in the world and especially among Muslim countries in the region.”

In his appearance on Anderson Cooper 360° Mr. Rosen told his host, “the regime in Tehran is using this incident for domestic public consumption. The United Nation’s sanctions against Iran for its illegal attempt at developing fissionable nuclear material and Iran’s weak domestic economy are part and parcel of Iran’s hard line approach towards Great Britain. However, the real target of Iran’s obstreperous behavior is the United States.”

Asked if coercion is a tool used by the Iranian regime, Rosen used an example of his own captivity to respond to Mr. Cooper. Rosen recounted the time he was forced to sign a written confession of spying at gunpoint. Surrounded by gunmen with automatic weapons pointed at his head, he did so with regret but said he had no choice. Rosen said, “You have no choice but to sign or else you’re a dead man.”

Mr. Rosen’s alma mater is Brooklyn College, CUNY. He came to BMCC in October 2006 from Columbia University’s Teachers College (TC), where he was the Director of External Affairs from 1995-2003. Despite his own personal suffering during the hostage crisis, Rosen directed TC’s efforts in Afghanistan from 2003-2005 by writing the country’s elementary school textbooks with colleagues from the Afghan Ministry of Education.

Rosen has authored two books. He wrote one with his wife Barbara, titled The Destined Hour: The Hostage Crisis and One Family’s Ordeal (1982). The other is an edited text titled Iran Since the Revolution: Internal Dynamics, Regional Conflict and the Superpowers (1982).