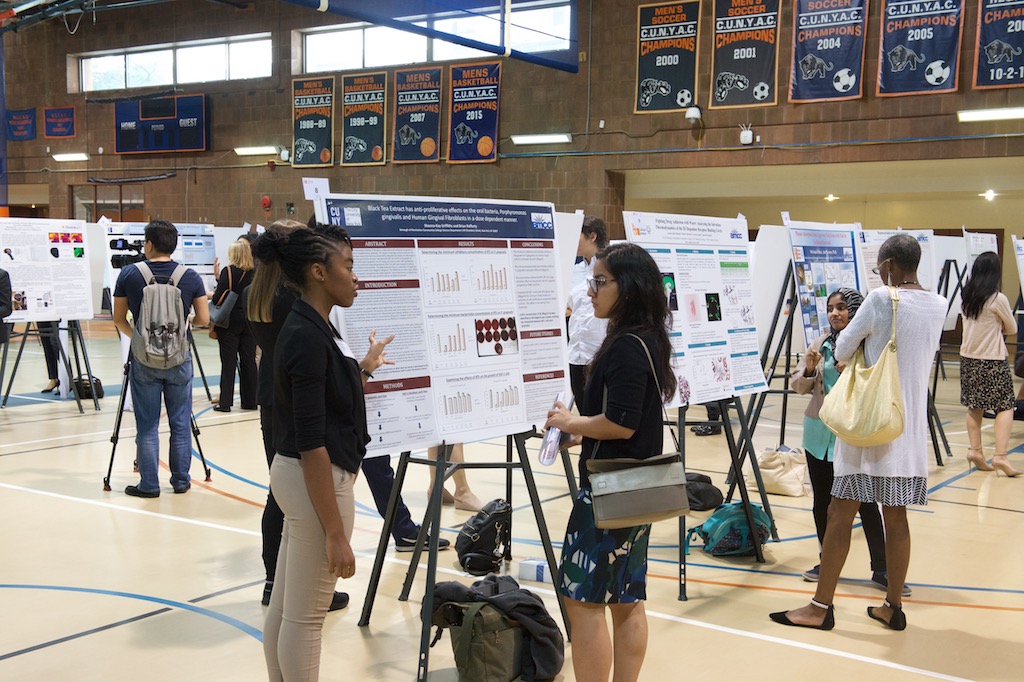 BMCC and other CUNY students present research projects at the 2017 CRSP Symposium.

“Students in CRSP are incredibly dedicated to advancing their knowledge in STEM by conducting faculty-mentored, novel research,” said Helene Bach, Director of Research at BMCC. CRSP students and their faculty mentors commit to 400 hours towards their research activities in the fall and spring semesters, culminating in a huge poster presentation in the summer, she explains. “They are among the most rigorous of researchers, often presenting at national scientific conferences and even publishing with their mentors in peer-reviewed journals. These activities, together with the deeper science learning they attain working in a research setting alongside their mentors, gives BMCC students a competitive edge so they can hit the ground running when they graduate and enter as STEM majors at a four-year school.”

The success of the program is evident in its data: One hundred percent of the students in CRSP do go on to a four-year college, “and one hundred percent continue in a STEM field,” Bach says. “This is a highly successful program that produces promising researchers that will be highly marketable.” 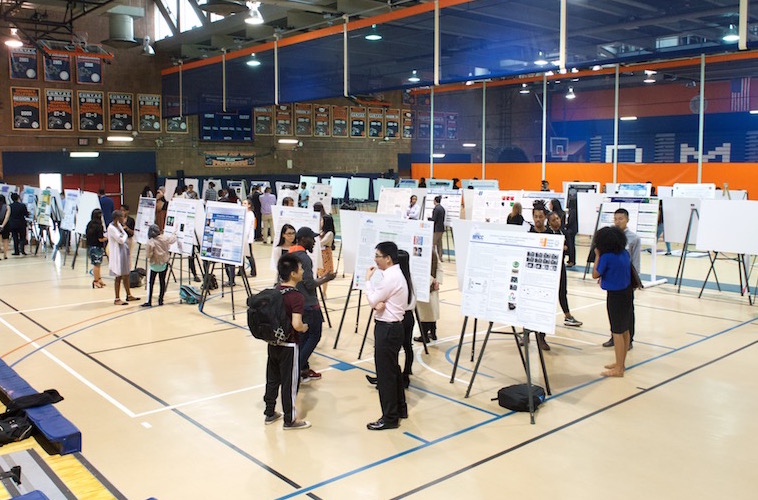 Research: The foundation for scientific understanding

“Research is the foundation of all scientific understanding, and through mentored laboratory experiences, students participate firsthand in the creation of knowledge,” say the Symposium’s Co-Directors, Avrom J. Caplan, CUNY Associate University Dean For Research and Ron J. Nerio, CUNY Research Associate, in their welcome message of the event program. “The New York City Mayor’s Office funds the program, and we are especially grateful to Mayor Bill de Blasio for his generous support.

In the afternoon session, BMCC students joined their peers from other colleges who delivered oral presentations of their work. BMCC Science major Md Samirul Islam gave a talk on the research he took part in, mentored by Professor Abel Navarro: “Absorption of Phenol from Aqueous Solutions with Native Caribbean Seaweed: Purify Toxicity of Phenol from Water.”

The students also presented highlights of their research in posters session where they talked with guests and fellow researchers about their work. These projects from BMCC included: