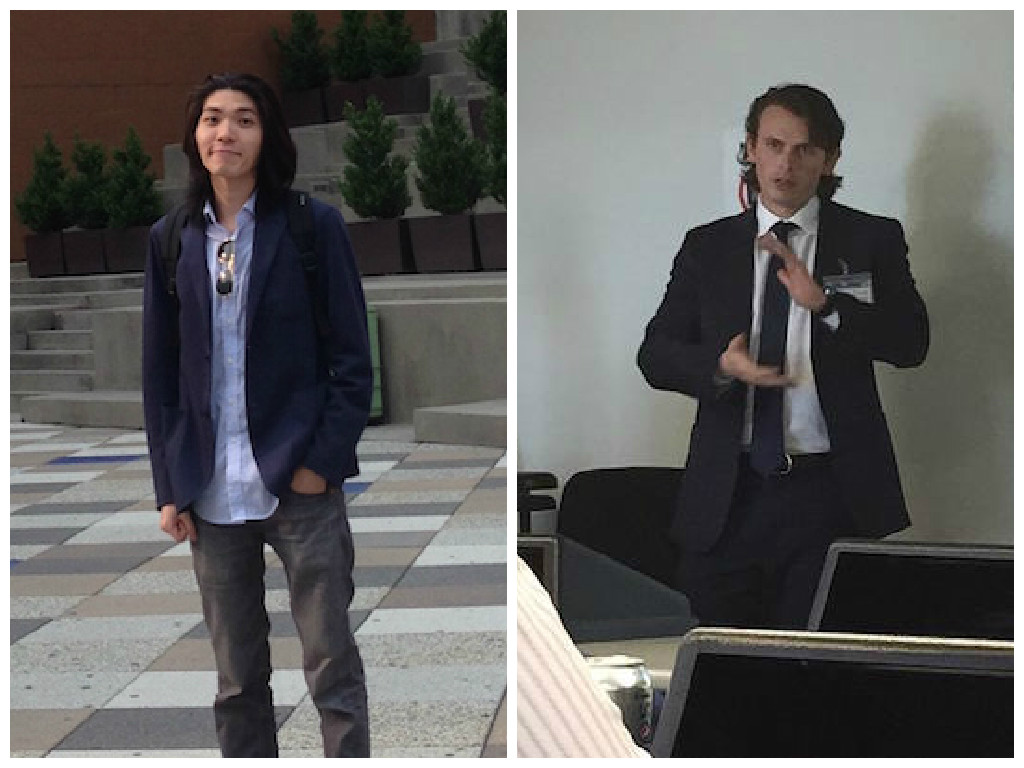 Two BMCC students, Michael Cruz and Kan Xue, were just accepted to present their research projects in the Mathematical Association of American (MAA) MathFest 2015 this August at the Marriott Wardman Park in Washington, DC.

The students will present research they have conducted through the Faculty Mentored Summer MSEIP, or Minority Science and Engineering Improvement Program.

They were among 141 applicants selected from across the U.S., said their MSEIP mentor, Professor Boyan Kostadinov of the NYC College of Technology/CUNY math department.

The MathFest summer meeting will feature four days of events ranging from lectures by distinguished mathematicians, to vaudeville, music and theatre performances.

Kan Xue, a computer science major at BMCC planning to transfer to Queens College/CUNY will present his research into the 19th century integraph device, “a mechanical instrument used for plotting the integral curve of a graphically defined function as the differential curve,” he reports in his project abstract.

Michael Cruz, a BMCC math major planning to transfer to Columbia University, will present his research into spatial interactions between species; a computational, population biology project.

Both student projects will employ animation to demonstrate their findings.