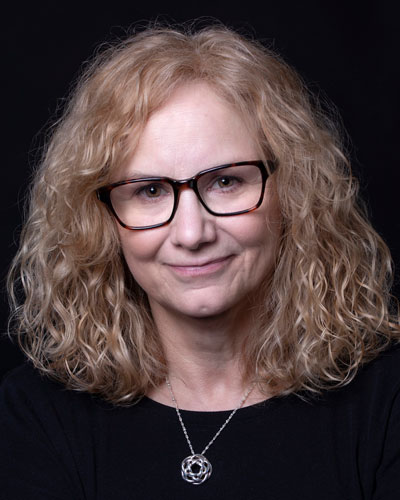 A Borough of Manhattan Community College (BMCC/CUNY) professor has been named the first-ever Poet Laureate of Staten Island. English Professor Marguerite Maria Rivas will be officially appointed to the four-year position by Borough President James Oddo, during a June 26 ceremony at Staten Island Borough Hall beginning at 6 p.m. according to a press release from Mr. Oddo’s office.

Rivas will be charged with performing responsibilities related to community outreach and projects that promote poetry and literacy on Staten Island according to the Borough President’s office. With Rivas’ appointment, Staten Island will join Brooklyn and Queens, which also have Poet Laureates.

“It is a profound honor to be appointed the first Poet Laureate of Staten Island, one of three Borough Poets Laureate of New York City,” said Rivas in the press release. “I look forward to working with the Borough President’s Office and Staten Islanders as we celebrate and elevate our beautiful island home.”

“This is a wonderful testament to her impressive accomplishments as a poet and her valued standing in the Staten Island and broader community,” Wilks said. “She exemplifies the academic excellence and commitment to service that is a hallmark of BMCC faculty.”

Rivas says being a first generation college student and having attended a CUNY community college has enabled her to relate to BMCC students in meaningful and profound ways.

“Reading and writing poetry helps our students connect with each other and to the world around them,” said Rivas. “At BMCC, my most gratifying teaching experiences are ones in which students understand the importance of their own rich and powerful voices through poetry.”

A Staten Island native, Rivas is a graduate of Tottenville High School and earned both a bachelors and master’s degree from the College of Staten Island (CUNY). In 2001, she received a Doctor of Arts and Letters degree, specializing in poetry, from Drew University.

Rivas’ poetry, both lyric and long-form, is largely based on the culture, history and natural environment of Staten Island. Her work has been widely published in journals, anthologies and in a best-selling college textbook. She is also the author of two full-length collections of poems. In her book, “Tell No One: Poems of Witness,” she reflects on the kinship and the resiliency of Staten Islanders in the aftermath of September 11, 2001. Rivas’ poem “Witness,” is included in the National September 11th Museum’s online collection, along with two others.

Over the years, her awards and grants have included the Staten Island Arts Excellence in Literature Award, The Marg Chandler Memorial Award from A Room of Her Own Foundation, and The Irene C. Fromer Award from Snug Harbor Cultural Center & Botanical Garden according to the Borough President.

Rivas was recommended to the Borough President by a committee that included Elizabeth Bennett, Director of Staten Island Arts; Saroltya A. Takacs, PhD, Dean of Humanities and Social Sciences at the College of Staten Island and Abriana Jette, Professor of English at St. John’s University.