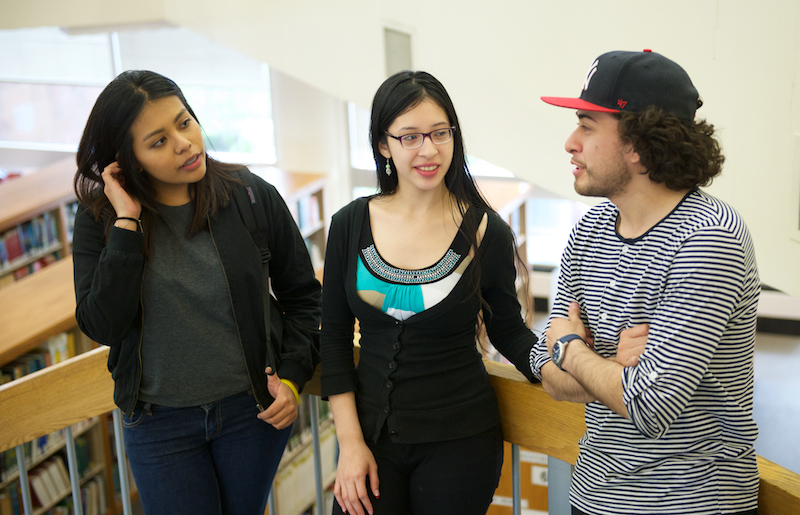 Seven Borough of Manhattan Community College (BMCC/CUNY) students­—the second largest number among all community colleges in the United States— were selected to receive the Benjamin A. Gilman International Scholarship to study abroad during the Summer 2016 term.

Gilman scholars receive up to $5,000 towards their participation in Study Abroad.

The program aims to diversify the students who study and intern abroad and the countries and regions where they go.

The Gilman Scholars program is administered by the Institute of International Education (IIE). “International education is one of the best tools for developing mutual understanding and building connections between people from different countries,” according to Allan Goodman, President and CEO of IIE.

BMCC student James Perez, who grew up in Brooklyn, said he hopes to see many of the places in Italy he has been studying here at BMCC.

“I think it’s important for students to study within another culture, because you gain twice the wisdom. You get to experience how people’s lives vary in different regions,” said Perez.

Munoz and Altareb plan to use the money for studies in Spain in Summer 2016, while the other three students plan to study abroad at a later point this year.

BMCC’s programs aim to teach students to appreciate differences and diversity firsthand while interacting with others, to breakdown stereotypes and build bridges of friendship and understanding, Stengle said.

Including the Gilman Award winners, BMCC has more than 50 students who plan to study abroad this summer.