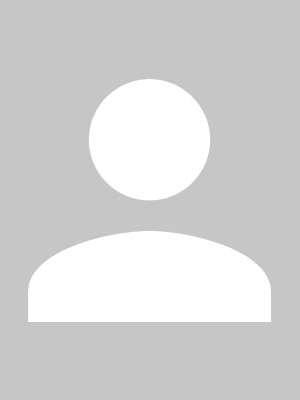 Assistant Professor Daly Guilamo is known for her scholarship and research in the areas of Dominican and Haitian relations in the 21st century, and Dominican nationalism and racial identity. Her doctoral dissertation examines Dominicans’ attitudes toward Haitian immigrants following the devastating 2010 earthquake in Haiti.

Professor Guilamo has also focused on the cultural and historical connections between Africa and the African Diaspora, particularly those connections that relate to the peoples of the Dominican Republic.

3 CRS.3 HRS.
AFN 122
AFN 122 (Africa 1500 to Present)
Africa from the beginnings of the Atlantic slave trade to the end of Colonialism in the late twentieth century is examined. The effect of Colonialism on economic and cultural patterns in the African diaspora is explored.
3 CRS.3 HRS.
AFN 123
AFN 123 (African-American History, 17th Century to 1865)
This course is a systematic examination of the participation of African American people in the political, economic and cultural history of the United States. The involvement of African Americans in abolitionism and in the development of social and cultural institutions in free black communities is analyzed.
3 CRS.3 HRS.
AFN 124
AFN 124 (African-American History, 1865 to Present)
Reconstructions I and II, the social Darwinist years, Civil Rights activism of the 1960's, and the cumulative effects of institutionalized racism are set in an historical framework for comparative study. The course examines the impact of urbanization, institutional racism, economic, and political policies on the life experiences of African-Americans. The dynamics of cultural, social, and political interactions within the social structure of the nation since 1865 are analyzed.
3 CRS.3 HRS.
AFN 127
AFN 127 (Haitian History and Culture)
This course explores the role of economics, culture, and world diplomacy in the development of the Republic of Haiti since the Revolution of 1791. The impact of Haitian intellectual and popular thought on prose, poetry, and art is examined.
3 CRS.3 HRS.
AFN 152
AFN 152 (Modern Black Political Thought)
The origins of nationalist ideologies, and political and social action in the United States, Caribbean, and Africa are examined. Political and economic developments since the late 19th century are analyzed.
3 CRS.3 HRS.
LAT 131
LAT 131 (History of the Dominican Republic)
This course studies the history of the Dominican Republic from the pre-Columbian and Colonial periods to the present. It deals with the geographical, political, social and economic factors that form the Dominican nation. Emphasis is given to relations with Haiti and North America. The course also analyzes the position of the Dominican Republic in the community of Latin American nations as well as its place in today's world.