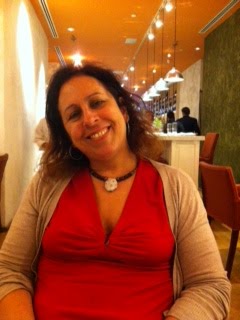 Professor Cheryl J. Fish teaches English 100.5 as well as English 320, an elective that considers environmental justice and sustainability issues in literature, film and eco-media. She has been visiting professor in women’s studies and liberal studies at the CUNY Graduate Center, a lecturer in American Studies at Mount Holyoke College, a Fulbright Professor at University of Tampere, Finland, and a docent lecturer in the Department of Cultures at University of Helsinki.

In Fall of 2018, Prof. Fish was a writer-in-residence at KulttuuriKauppila in Ii, Finland. Professor Fish has been the Grimes Scholar-in-Residence at the NYU Faculty Resource Network where she researched film by indigenous Sami people of Northern Scandinavia, with a focus on representations of mining and extraction in film and photography, and on Sami identity and resistance.

Professor Fish has also lectured on June Jordan and Buckminster Fuller’s architectural collaboration in Harlem in the 1960s, and how their work was an early example of advocating for sustainable development, ecojustice, and linking it to critical race theory.
Professor Fish’s short fiction has been featured in Liars League NYC and she was a finalist for L Magazine‘s Literary Upstart search for pocket fiction for an excerpt from her novel manuscript Off the Yoga Mat. Her short story, “Never Buy Dope in Washington Square,” from the innovative fiction journal Between C&D was featured in an exhibit at the Fales Library, New York University, in 2015. Her latest poetry chapbook is Make It Funny, Make it Last (#171, Belladonna, 2014). Her creative writing has appeared in The Bloomsbury Anthology of Contemporary Jewish American Poetry; Far from the Centers of Ambition: The Legacy of Black Mountain College; Terrain.org; New American Writing; Talisman; The Village Voice; Kudzu House Press; Santa Monica Review and Volt. She is the author of the scholarly study “Black and White Women’s Travel Narratives: Antebellum Explorations.”

PSC/CUNY grant cycle 50 for research on eco-media and activist art in response to mining and climate change by Indigenous Sami artists.

“Enviromental Justice in Harlem: Buckminster Fuller and June Jordan’s “Architextural” Collaboration,” in Discourse: A Journal of Cultural and Media Studies

“The Toxic Body Politic: Ethnicity, Gender and Corrective Ecojustice” in Ruth L. Ozeki’s My Year of Meats and Judith Helfand’s “Blue Vinyl” of MELUS (Multi-Ethnic Literature) of the U.S. on race and environment, Edited by Scott Slovic and Joni Adamson.

“Voices of Restless (Dis)Continuity: The Significance of Travel for Black Women in the Ante-bellum Americas,” Women’s Studies, An Interdisciplinary Journal, 26:5 (July, 1997): 475-95.

“Someone to Watch Over Me: Politics and Paradoxes in Academic Mentoring,” essay in Working Class Women in the Academy: Laborers in the Knowledge Factory. Eds. Michele M. Tokarczyk and Elizabeth Fay. Amherst: UNiversity of Massachusetts Press, 1003: 179-96.